The Highground Veterans Memorial Park is proud to announce the appointment of Mr. Chris Pettis as Executive Director. Chris comes to The Highground with a wealth of knowledge, an extensive military background, and leadership experience.

“We are very excited for Chris to join The Highground team,” said Gary Weirauch, Vice Chair of The Highground Board of Directors. “Chris’s natural leadership qualities really impressed us during the interview process. We also learned that PTSD has personally impacted Chris’s life which we strongly feel will give him the ability to relate to our Veterans.” 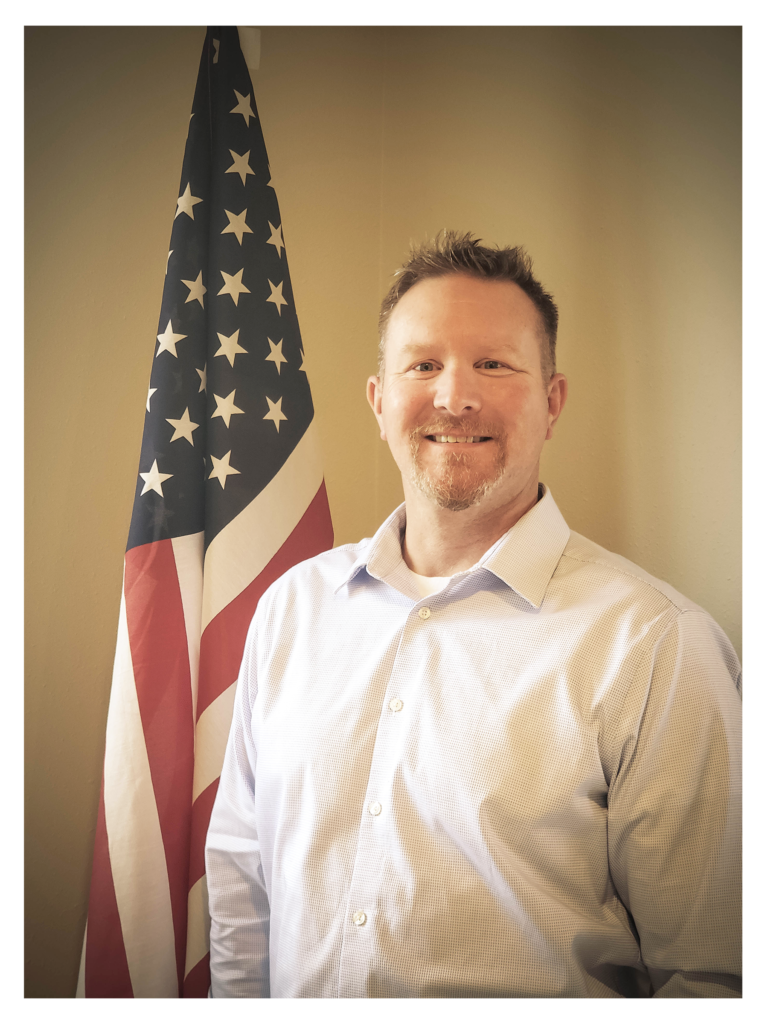 r and Ordnance Chief. He was stationed at numerous bases in the U.S. including 29 Palms, CA, and Camp Lejeune, NC. He deployed to Somalia, Indonesia, the Philippines, Kuwait and Iraq.

Upon retirement as a Master Sergeant in 2014, Chris, his wife Bonnie, son Austin, and daughter Myrisa, moved from Jacksonville, NC to Osseo, WI, while their oldest daughter Morgan moved to California after college graduation. Chris started a new career in the

mining industry where he operated a shovel before advancing to a jobsite foreman, a position he held for the last 3 years.

“I feel blessed to be a part of something so special. I can still remember how I felt the first time I attended a stone ceremony, seeing what The Highground means to other Veterans and their families,” Chris said. “I’m fortunate to work with a staff that is passionate about supporting The Highground mission. I especially look forward to meeting the dedicated volunteers and donors who are so vital to our success. Without them, there is no us.”

Chris is excited about the future of The Highground as well as the addition of Camp Victory and the many ways it can be used to facilitate healing and education for so many Veterans. One of his major goals is to encourage younger veterans to visit the park and become a part of its future.